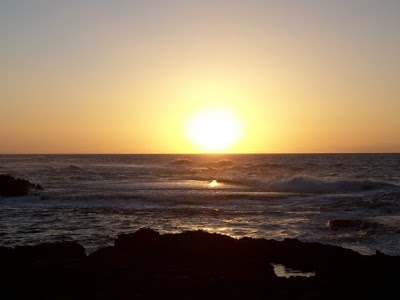 10 hours from Chicago to Honolulu.

Walking to the airport, walking away from an attitude of apathy and fakeness.

I met many awesome people while in Jacksonville, but it came too little, too late. I became tired of the can't do attitude of my supervisor and lack of committment to the some very worthwhile programs, the once-girlfriend who cheated on me with some pretty boy with an arrogant attitude and fake smile and an environment more inducive to cars and televisions than society and activity.

I walked from rural America to an airport, landed in a tropical paradise where I spent time with my brother, sea kayaked, rock climbed, swam in the ocean and snorkeled ... then settled in Chicago where I've already been robbed.

I now ride my bike down busy streets, dodging cars and car doors. My budget has never been so dire and my outlook has never been more mysterious. But I am working with some great programs staffed by great people at a great school. I live with some righteous hippies who are well educated and easy going. My life is changing.

I couldn't think of a better starting point to flip my life on its head and turn it all around than Hawai'i.

All I need now are the climbers and climbing ... and a plan. But what the hell! I finally feel as if all will fall into place.
Posted by nairb at 8:11 PM No comments: